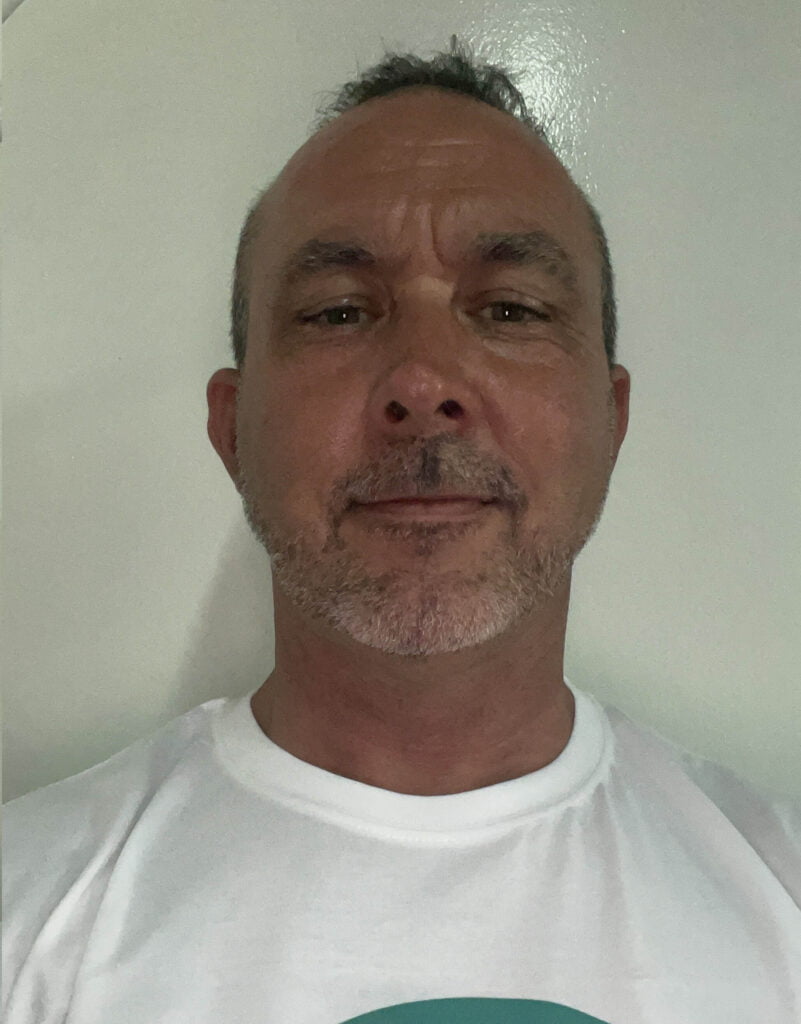 Was born in September 1972 in Budapest, Hungary
Even though he loved his home country, at 18 years of age he found it lacking in the opportunities he so desperately desired. This is what led him to follow in his father’s footsteps and move to the United States of America. There he worked as a chef in different country clubs and various city clubs around the Greenville, SC area. This is also where he made his first tandem skydive. The night of that first skydive, he fell asleep with thoughts of that jump. When he woke up the next morning, he was back at it and booked an appointment to learn how to skydive on his own. He learned how to pack parachutes as a way to offset the cost of his new hobby until he moved to Las Vegas where he worked as a chef at several high-end hotels and restaurants. He did this for several years skydiving whenever he had time. He eventually started his own business, got married, and had two children. He decided to take a break from skydiving while he built up his business and focused on his family. Skydiving was never far from his thoughts, so once his children were old enough to understand his passion, he returned to the sport and started traveling again to attend skydiving events around the world.
Now he has over 2000 skydives, flies in the wind tunnel when he can, and loves free flying with his friends all over the world.

My name is Francesco Drosi

Seychellois, Francesco was born in Genova, Italy. He made his first skydives in 1986 while serving in the Italian military. In 1996 he moved to the Seychelles. Soon after his move, he fell in love with a Seychellois woman, was married, and they had two beautiful children together. He became a citizen of the Seychelles in 2000, and in 2004 he began working for the Trade Tax Government of Seychelle. During that time and until today, he would travel and skydive at different places whenever he could. It was during these travels that he dreamt of opening a sport skydiving center in the Seychelles. While on a skydiving trip in Kenya he met Gabor. They became friends and Francesco told him about his dream. He wanted to share his love of the sport with the country he called home. Together they took his passion and his vision, and turned it into a reality.

Menu
We use cookies on our website to give you the most relevant experience by remembering your preferences and repeat visits. By clicking “Accept”, you consent to the use of ALL the cookies.
Cookie settingsACCEPT
Manage consent

This website uses cookies to improve your experience while you navigate through the website. Out of these, the cookies that are categorized as necessary are stored on your browser as they are essential for the working of basic functionalities of the website. We also use third-party cookies that help us analyze and understand how you use this website. These cookies will be stored in your browser only with your consent. You also have the option to opt-out of these cookies. But opting out of some of these cookies may affect your browsing experience.
Necessary Always Enabled
Necessary cookies are absolutely essential for the website to function properly. These cookies ensure basic functionalities and security features of the website, anonymously.
Functional
Functional cookies help to perform certain functionalities like sharing the content of the website on social media platforms, collect feedbacks, and other third-party features.
Performance
Performance cookies are used to understand and analyze the key performance indexes of the website which helps in delivering a better user experience for the visitors.
Analytics
Analytical cookies are used to understand how visitors interact with the website. These cookies help provide information on metrics the number of visitors, bounce rate, traffic source, etc.
Advertisement
Advertisement cookies are used to provide visitors with relevant ads and marketing campaigns. These cookies track visitors across websites and collect information to provide customized ads.
Others
Other uncategorized cookies are those that are being analyzed and have not been classified into a category as yet.
SAVE & ACCEPT